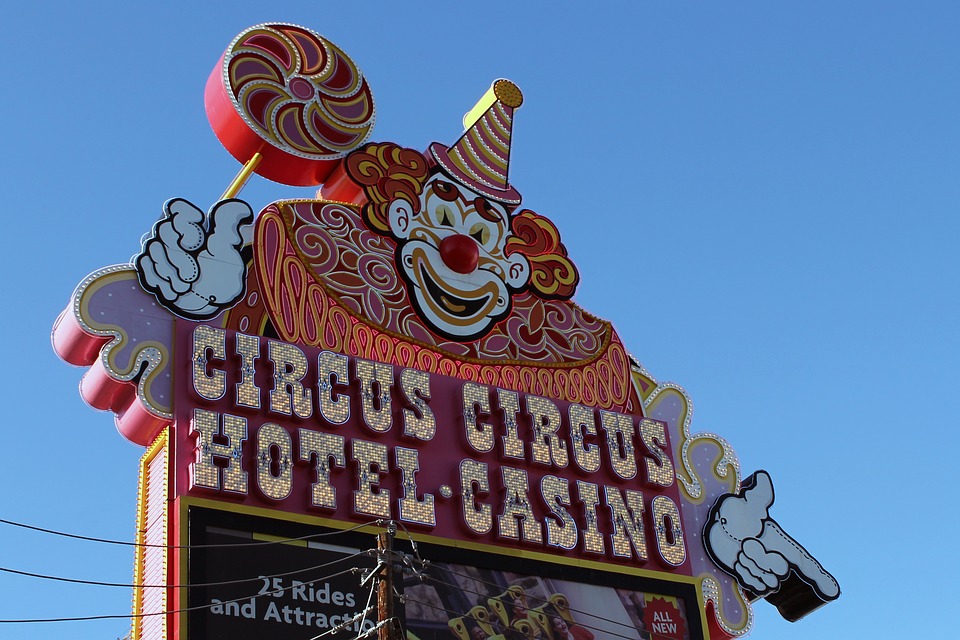 At its opening, the $15 million facility only included a casino. The lack of a hotel resulted in financial problems, as the casino was not able to attract high rollers. Sarno obtained a $23 million loan from the Teamsters Pension Fund to construct a hotel. In 1972, the property opened its first hotel tower.

In 1974, ownership changed with the sale of the casino to William Bennett and William Pennington for $25 million, becoming the first property of what would become Circus Circus Enterprises (later known as Mandalay Resort Group). Circus Circus was expanded with more hotel tower additions in 1975, 1980, 1986, and 1996.

Circus Circus created an indoor amusement park in 1993 and is continually expanding the addition.

Slots-A-Fun, located next door to Circus Circus, is part of the Circus Circus establishment. Slots-A-Fun opened in August 1971. Since 2011, The casino no longer hosts live table games. Mostly games available are slots and electronic table games. Slots-A-Fun has a bar, a Subway restaurant, a gift shop, a mini-bowling alley similar to skee ball and more.