Treasure Island hotel and casino is a 4 star resort with an outdoor tropical pool, elegant spa and salon, 8 restaurants, 9 bars and lounges. Plus 95,000 square feet of casino gaming action for you to try your luck. Treasure Island Resort and Casino also features the top rated show the Mystère™ by Cirque du Soleil®. 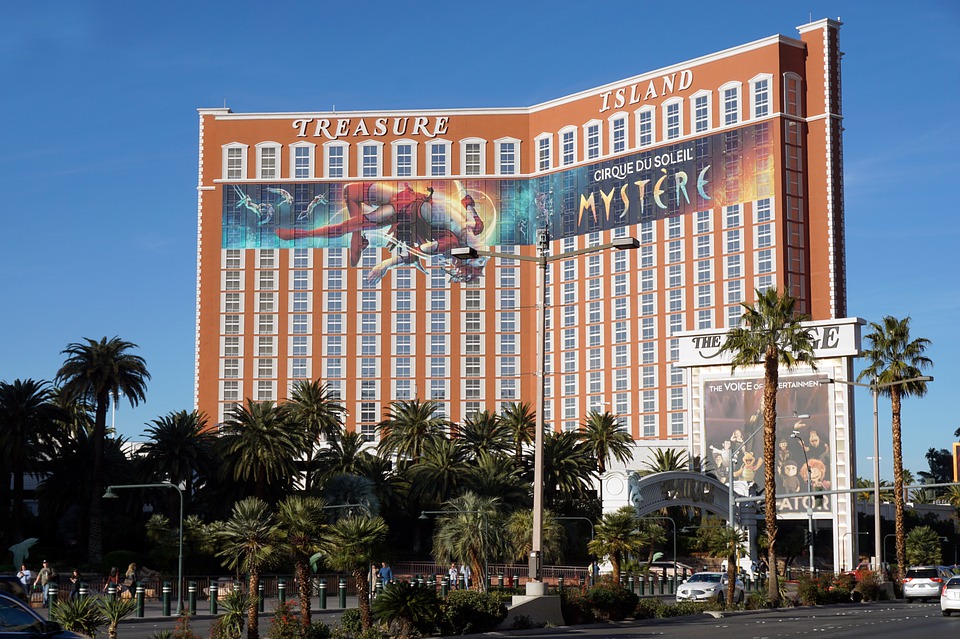 A gigantic baby? A humongous, inflatable snail? OK, you’ve got our attention. Like fine art, the storyline of Mystère at Treasure Island is left up to individual interpretation. But one thing about this production is for sure: this show, which also happens to be the first Cirque du Soleil production in Vegas, is so entertaining you’ll want to stay for an encore after the final bow. Oh, and speaking of the performers, the show features an international cast of 67 artists that are the ultimate example of “don’t try this at home.” We always wonder whether or not these crazy-talented performers are even human. They fly, they muscle up poles like tree frogs and make us feel pretty bad about not being able to touch our toes. They’re friggin’ amazing, and they have no fear and apparently no bones in their super-bendy bodies. Performing stunts like quadruple flips off teeterboards and other eye-popping tricks we average folk couldn’t dream of if we tried, this show is so unreal you just kinda have to let it happen. Emphasizing family-friendly, awe-inspiring athleticism and imaginative imagery, Mystère embraces all the signature Cirque du Soleil elements that have made this show one of the must-see productions on the Las Vegas Strip. And if you’re looking for the opportunity of a lifetime, look no further than the IN THE WINGS VIP experience. Here, you’ll join the cast onstage for a high-five moment during the final bows and sip on a glass of champagne during an exclusive artist meet-and-greet as a professional photographer captures the moment. Of course VIP seats will have you up-close-and-personal to all the onstage action. And oh yeah, there will be a VIP Guide onsite to escort the party throughout the theatre, too. Enjoy.

The Treasure Island casino opened on October 26,1993 which mainly included a large casino, 2,900 hotel rooms, free elaborate pirate boat show in front of the casino and a sign featuring an 8,000-pound pirate skull. Under Steve Wynn’s vision, originally The Treasure Island was going to be an extension of the Mirage until it turned into a full fledged casino and hotel.

Shortly after opening, a change in concept led to a huge renovation to improve business. In 2003 a more sophisticated appeal was desired which led to another major renovation. The name was change to TI for a sleeker more appealing look. The skull sign was removed on July 10, 2003. The sign was replaced with a more modern design.

MGM Mirage sold the resort on December 15,2008 for $775 million dollars to Phil Ruffin who formerly owned the demolished New Frontier Hotel and Casino.

The Sirens of TI pirate battle show ended on October 21, 2013. Treasure Island joined Radisson Hotel Group starting in July 2019. There have been many film and television show mentioning the TI and it’s sign.