The Excalibur Hotel Las Vegas is designed as a Medieval theme resort in the image of a castle and named for the mythical sword owned by King Arthur. You will find a huge gaming experience at the Excalibur with family oriented elements.

The Excalibur features over 1,200 slot machines plus all the favorite gambling activities. There are convenient walking paths that lead you through the food court and the many shops to other casinos, the Luxor and Mandalay Bay, on the strip. This Medieval themed hotel and casino has over 4,000 hotel rooms. 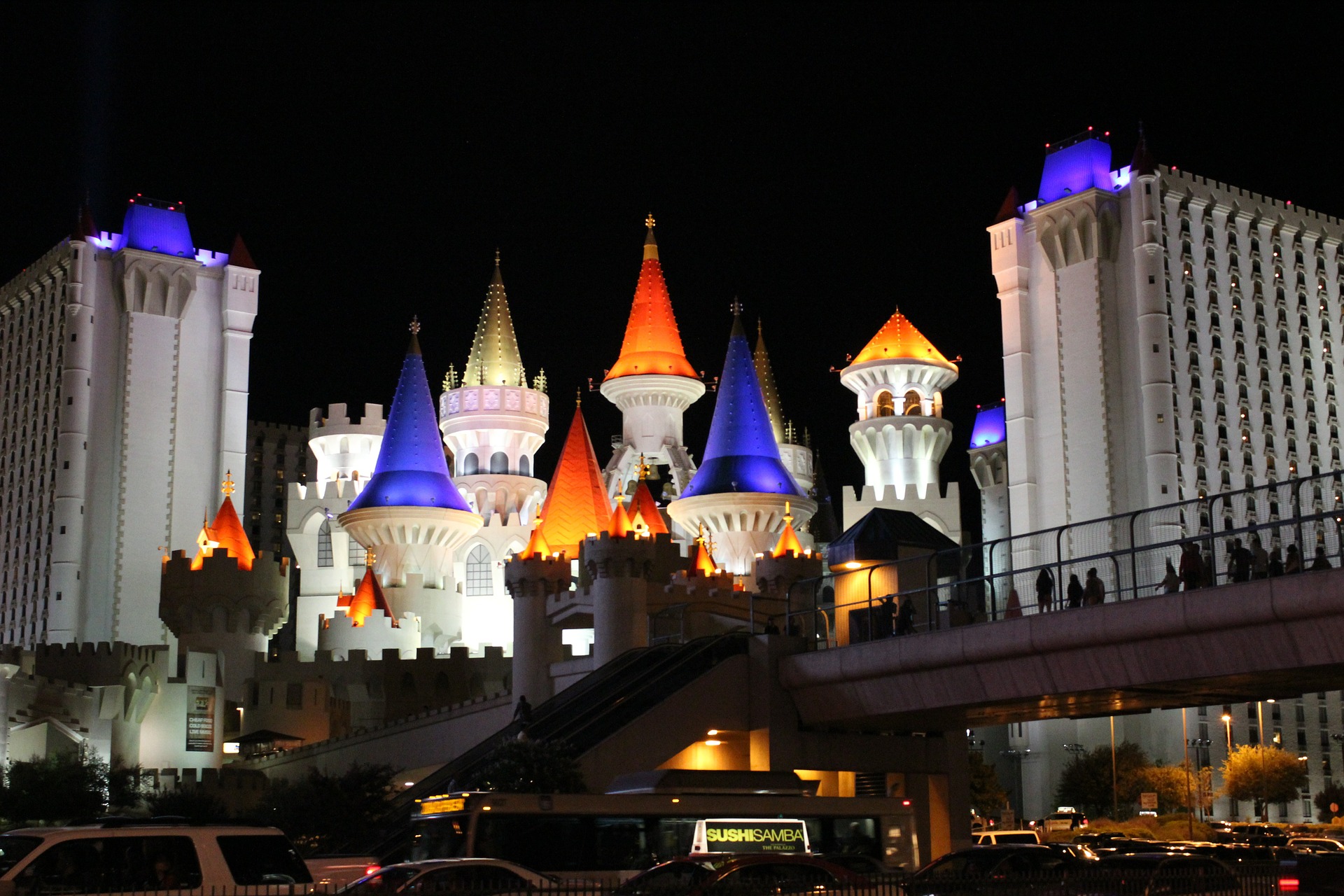 Reserve Your Tickets For Shows At The Excalibur Hotel and Casino

Travel back to the Middle Ages and experience a celebration of Medieval proportions. This dinner and show features jousting, dancing, singing and a feast fit for a king. Guests are seated in an arena-style setting with each section representing a different “country,” with guests encouraged to cheer on the king representing their section. Knights go head to head in various competitions including a horse race, jousting, sword fighting and gladiator-style battles. Just like what real lords and ladies would have experienced back in the Middle Ages, utensils are not provided, and patrons have to eat with their hands. After a hearty dose of merriment from Merlin and the jester a drum processional files into the arena to announce the entrance of King Arthur. During this time, dinner consisting of a slow-roasted Cornish hen, lemon pepper roasted potatoes, corn on the cob, an apple square, and a fresh dinner roll is served. They also have gluten-free, vegetarian, and vegan meals upon request.  While the audience dines, a large round table is lowered into the center of the arena where King Arthur and the other knights also partake in the feast, raising their glasses and toasting to the joyous occasion. Dessert is served afterwards and includes a sweet pastry. After a song and dance number by the court maidens, the knights set aside their glasses and engage in some friendly competition to determine who is the champion king.

It’s time to get down because The Australian Bee Gees Show — A tribute to the Bee Gees, is hittin’ the Vegas stage.  Reviving the music of the famous Gibb brothers, The Austrain Bee Gees Show has performed to more than one million people in sold out theaters and concert halls in more than 40 countries. The group’s unbelievable resemblance to the Bee Gees and their ability to emulate the Bee Gees’ legendary sound has helped garner international attention from media and show goers alike throughout their 22-years of experience. This 70-minute multimedia concert event features state-of-the-art sound, superb lighting and giant screens with stunning graphics. This show is a definitive live celebration of five decades of memorable music featuring some of their biggest hits including “Staying Alive,” “You Should Be Dancing,” and “How Deep Is Your Love.”. The Australian Bee Gees show is widely recognized as the world’s leading Bee Gees tribute show.

Excalibur hotel and casino has a Medieval theme throughout the casino and named for the mythical sword of King Arthur. The casino includes a renovated pool area, spa and fitness center, 8 restaurants plus a food court. Impressive arcade and live music on the weekends.

The property the Excalibur sits on was originally going to be the Xanau Resort as an Asian tropical themed resort. The deal fell through as a deal could not be made on the sewer infrastructure for such a large project.

Circus Circus Enterprises opened the Excalibur on June 19, 1990 with more than 4,000 rooms. MGM Resorts International bought the property in 2005. The themed resort style of the 90s was changed and renovated and modernized as of 2010.

All the favorite gambling games are present at the Excalibur including over 1,200 slot machines.

Several permanent shows continue to perform at the Excalibur. The Tournament of Kings medieval jousting tournament opened in 1990. in June 2007, Dick’s Last Resort restaurant opened with their unusual dining experience.