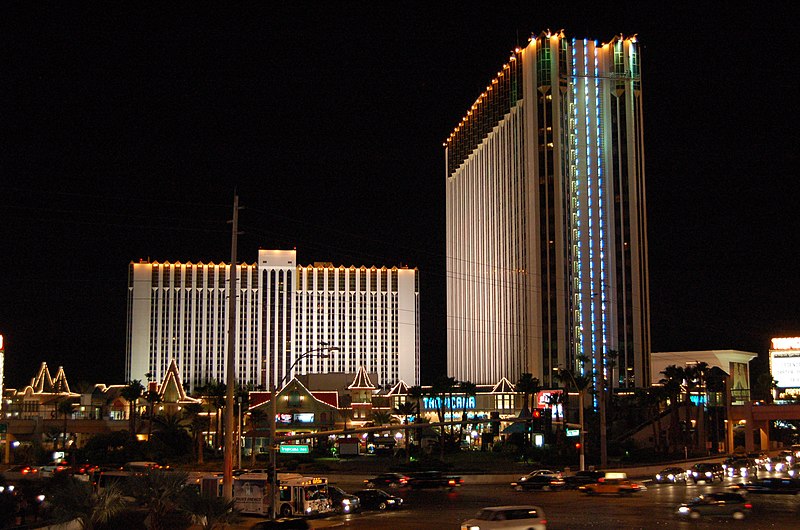 The Tropicana hotel and casino is a 1,467 room stand alone hotel that offers a casual, elegant experience with a South Beach rhythm and vibe. The Tropicana is known for having stylish rooms, suites and luxury villas, top restaurants, headliner entertainment, a 50,000 square foot casino with 650 slots or your favorite table games and a large exotic pool.

The Tropicana features many attractions such as Glow® a Mandara Spa and fitness center, great entertainment at the Laugh Facroty Comedy Club, Trago Lounge and many restaurants. Standing out is Robert Irvine’s Public House along with Bacio Breakfast, Oakville Steakhouse, Barista Café, Fresh Mix, South Beach Food Court, and Savor Brunch Buffet. For your stay, you can reside in the Paradise Tower near to the casino or take a City View room to look over the Las Vegas Strip. Stay in the Club Tower next to the conference center or the Bungalows with a private balcony.

Laugh Factory
at the Tropicana Las Vegas welcomes popular superstar comedians and rising superstars looking to make a mark as a top comedian. This venue is the Las Vegas version of the Laugh Factory in Los Angeles guaranteed to offer the same hilarious atmosphere. To enjoy this night of comedy you must be 18 or older to enter.

The Tropicana Hotel and Casino is operated by Penn National Gaming and is a franchise of Hilton’s DoubleTree hotel chain. It has 1,467 rooms, a 50,000 gaming floor and 72,000 square feet of convention and exhibit space. Overhead pedestrian bridges connect the Tropicana to the MGM Grand to the north and the Excalibur to the west.

In 1955, Ben Jaffe, aimed to build a hotel with a Cuban ambiance with with differect cultural room themes. The property opened after many cost overruns and late schedule runs, the property was finally built in April 1957. Jaffe sold his interest in 1959 in the property to J. Kell Housell, owner of the Las Vegas Club who gained a majority interest in the Tropicana property.

Ramada relinquished it’s gaming properties and the Tropicana in 1989 as Aztar Corporation. The old Tropicana country club was sold to the MGM Grand which was located where the MGM Grand is now.

In January 2007, Columbia Sussex bought Aztar and planned to start a $2 billion Tropicana renovation. After the 2008 financial crisis the project lead the Columbia Sussex to file bankruptcy in 2008. The creditors, the Canadian private equity firm Onex Corporation, took over the property.

November 9, 2010, a second entrance was opened up with additional parking. The Tropicana opened a new sports book on February 2011. The Tropicana hotel and casino became affiliated with DoubleTree by Hilton in 2012. Penn National Gaming purchased the Tropicana in August 2015 for $360 million. The celebrity chef Robert Irvine opened a restaurant called Robert Irvine’s Public House in the location where the sports book used to be in 2017.