The Mirage Hotel And Casino is a 4 star resort offering the best in entertainment, dining, hotel luxury and nightlife. You can enjoy the large pool area in a secluded popular cabana. Separate spas for men and women with steam rooms, saunas and whirlpools. You can make travel arrangements to four top rated golf courses. Great shopping offering a variety of souvenirs, gifts, snacks, beverages and other necessities.

The 34 floor Mirage Hotel And Casino features 3,044 rooms and a Polynesian themed casino with all your favorite table games and slots. One of the best parts at the Mirage is the large, well laid out, tropical pool area. Viewing the constant iconic erupting volcano is a site not to miss at the Mirage. Do not miss top entertainment at The Mirage from the Beatles LOVE to the best in standup comedians today. The Mirage also offers some of the hottest nightclubs and bars on The Strip. 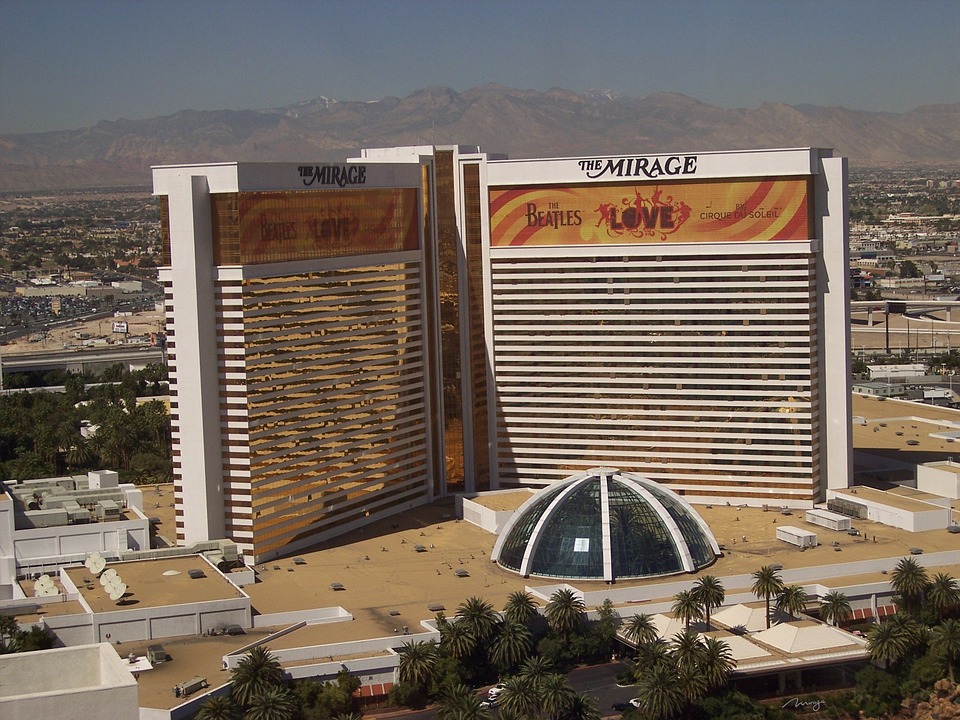 Reserve Your Tickets For Shows At The Mirage Hotel and Casino

Things we’ve learned from YouTube: how to (unsuccessfully) teach a squirrel how to water ski and (also unsuccessfully) how to propagate a succulent. You know what Shin Lim learned from YouTube? How to become a world-class magician! And he’s going to show us all what’s up when he steps on stage at The Mirage. Shin Lim’s meticulously self-choreographed routines are world-renowned. His dexterity

In a world full of uncertainties

For someone who knows how to master the stage and land a joke, George Lopez is the king of comedy that has no cultural limitations.  Named one of the “25 Most Influential Hispanics in America” by Time Magazine, George Lopez has honed the art of examining race and ethnic relations with hilarious results. And one of his favorite targets? Him and that big head of his. When life gives this man a limón, he makes a killer tequila-spiked lemonade. Instead of dwelling on his dark past, he uses humor to make light of things and he’s only gotten better over time. Lopez has hosted a late-night talk show and starred in his own television series, and his friendly face has become a favorite to millions. This guy may be famous, but his every-man approach makes you feel like you could be the best amigos. But in another life, because he’s still famous in this one. His most current projects include the Netflix Comedy “We’ll Do It For Half,” the film “Walking With Herb,” and his “The Wall World” nationwide comedy tour. Cheap tickets to see George Lopez inside The Mirage Las Vegas are available now.

When we say the words “Daniel Tosh

He dances. He acts. He makes you laugh hysterically. He’s able to leap tall buildings in a single bound. Well, maybe he’s not actually Superman, but Wayne Brady is one of the hardest working multitalented performers in the entertainment business and he manages to work dancing, sketch and improv comedy all into his 90-minute show. But comedy is not all he has achieved. In his impressive career, Brady has released two albums, “Radio Wayne” and “A Long Time Coming” on top of winning five Primetime Emmy Awards for his many TV projects. While Brady may be best known for his work on “Whose Line Is It Anyway?,” he has hosted numerous game shows and competition shows, has appeared on popular shows like “Drew Carey’s Improv-A-Ganza,” “Chappelle’s Show” and “How I Met Your Mother,” and has starred in a wide range of Broadway musicals including the hit show “Hamilton” by Lin Manuel-Miranda. Whether it’s impersonating or rapid-fire entertainment, Brady delivers his side-splitting stand-up and improvisational comedy at a rate enviable of superheroes.

The Mirage is a 3,044 room Polynesian-themed casino hotel. It was originally built by Steve Wynn and currently owned by MGM Resorts International. The Mirage was built in on November 22, 1989 at a construction cost of $630 million dollars on land formerly occupied by the Castaways casino which closed in 1987.

The construction of The Mirage is considered the casino that changed the direction of Las Vegas as tourism increased after a recent decline in visitors. Several casinos later tailored their design similar to the Mirage. The Mirage has 3,044 rooms and stands 29 stories tall.

The Siegfried & Roy show were the headliners for The Mirage with magic and wild animals until it closed in 2003 after performer Roy Horn was critically injured by one of the 650 pound white tigers used in the show.

Danny Gans took over the marquee from 2004-2009. In December 2006, the Beatles-themed REVOLUTION ultra-lounge started.