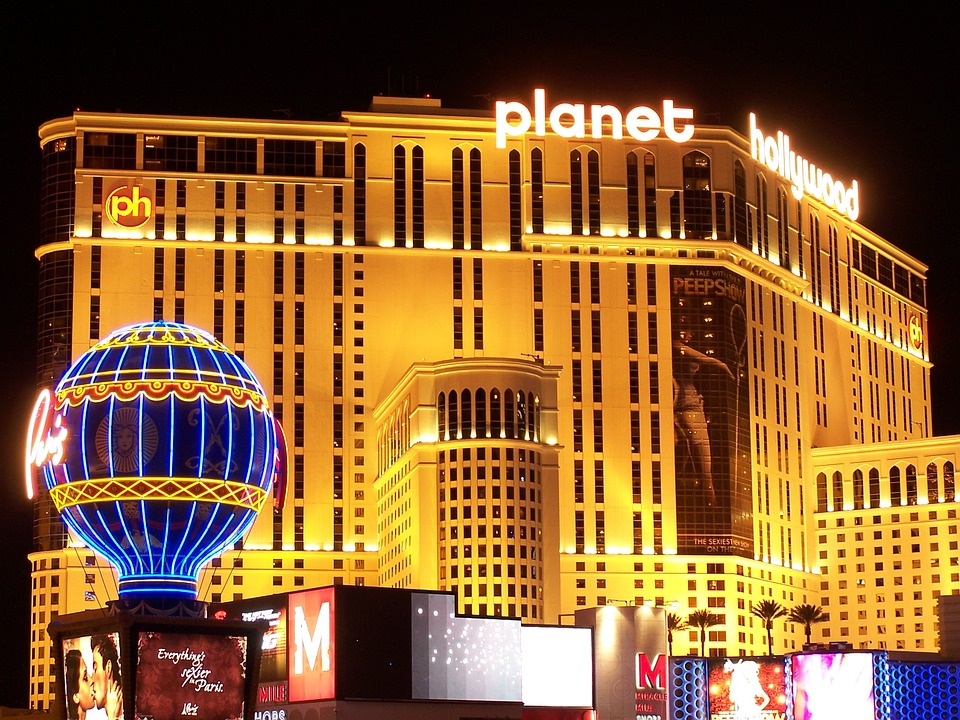 With a veneer of Hollywood glitz, Planet Hollywood Resort & Casino is home to multiple headliners and the Miracle Mile Shops as well as a slew of cool restaurants and rockin’ bars.

Hollywood reborn in Win City, a dazzling disco-lit world, middle of the road When you check in, you’ll have to hold back the urge to yell “Party at the disco!” This is because you’ll spot long, glittering chandeliers alongside the escalator as you descend into the lobby. Combined with a giant crystal-laden ball that hangs overhead and the color-changing LED lights behind the front desk, the whole scene feels like something out of the movie “Saturday Night Fever.” There’s nothing like hanging 10 and doing kickflips in a wave machine. The Strip’s first-ever FlowRider Wave-in-a-Box Double at Planet Hollywood is totally rad. Planet Hollywood’s architecture can best be described as having a ‘Hollywood hip’ theme. It eschews the popular Art-Deco glamour of similarly imaged venues for a sleeker look that features plenty of glass, neon and reflective surfaces.

Zappos Theater inhabits a space that has been retrofitted, but remains one of the great concert venues in town. Headlined by a few notable names, it’s got a massive LED wall behind the stage, a sound system with power and a dance floor. So seeing a show here is a sensory overload that’s sure to impress.

The Planet Hollywood showroom is located on the upper level Mezzanine. It features several different live shows; as of 2010, the most popular and longest-running is titled Peepshow which previously starred headliners such as Holly Madison and Coco Austin in the leading role. A live version of the television series America’s Got Talent hosted by Jerry Springer (who flew to Vegas weekly from his self-titled show’s taping in Stamford, Connecticut) and Tony n’ Tina’s Wedding played on the Mezzanine in 2009. 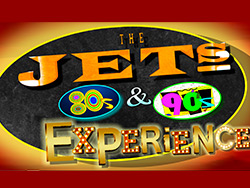 If you prefer that your cards be dealt to you by ladies in lingerie, then head to the Pleasure Pit on the casino floor. It has raised stages for go-go dancers as well as 11 tables where you can play a variety of games like blackjack, three-card poker, roulette and Big Six.

Planet Hollywood is located on the east side and southern area of
the Las Vegas Boulevard between the MGM and Paris.

As most people do when they come to Las Vegas, walking the Strip and enjoying the sights from casino to casino is a must part of your trip. Below is a convenient map of the Strip starting at Planet Hollywood.

Map Of The Strip With Planet Hollywood Location

Insider tips: Get the largest slice of pizza on the Strip at Pin-Up Pizza. Located along the resort’s Strip-facing façade, each pie made here uses loads of dough and measures 30 inches in diameter. For all you non-mathematical types, that means each slice is 15 inches long and 6 inches wide.

Planet Hollywood is owned and operated by Caesars Entertainment. The property was previously the site of an earlier resort known as the Aladdin, which operated from 1962 to 1997. It was demolished in 1998, to make room for a new resort that would also be named Aladdin. The new Aladdin resort opened in August 2000, but suffered financial difficulties and was eventually purchased in 2003 by a partnership of Planet Hollywood and Starwood, which renamed it as Planet Hollywood in 2007.

Hilton Grand Vacations operates the timeshare portion of the property, known as Elara.

So the Extra Lounge, located near the hotel’s front entrance, is billed as the spot where the correspondents (yes, that includes Mario Lopez) and crew of the NBC entertainment news TV show “Extra” hang out whenever they’re in town. Yeah, that may have happened in the years before the Great Recession hacked everybody’s business travel budgets.

Some of the rooms may feel dated — not exactly fit for the A-List, but also not terrible considering the mid-range price and the resort’s right-in-the-middle-of-everything location. The base-level rooms at Planet Hollywood don’t come with coffee makers or fridges, but most of them do have 42-inch plasma TVs.

If it’s kitchen amenities you desire, you’ll have to upgrade to one of the larger suites. It’s loud in the casino. Very loud. You’ll hear rockin’ music pumping overhead round the clock — which is part of the resort’s party vibe.